One of the things I wanted to do in this challenge was to learn an engine I could use to make bigger games in the future. In the last years I've been using Phaser for my game jam games –since I believe an HTML5 release is a must for jams. However, Phaser is more like a library or framework, and does not come with tools that aid in game development, like a level editor, animations editor, particles editor, etc. For smaller games it's OK, but I feel those kinds of tools are needed for more ambitious games.

So I made a list of potential engines I could use: Unity, GameMaker, Defold and Godot. I ended up with Godot (I explained why in this Twitter thread), the main reasons being:

With the engine already decided, which game to make? Since I'm not very familiar with the engine (besides a very simple game I made a few months ago to try out Godot), I think that the most sensible approach is to make a game with mechanics I'm already familiar with (i.e. I have implemented before), so the technical challenge is learning the engine, and not the game itself.

I like mind maps for brainstorming, so I did one for this: 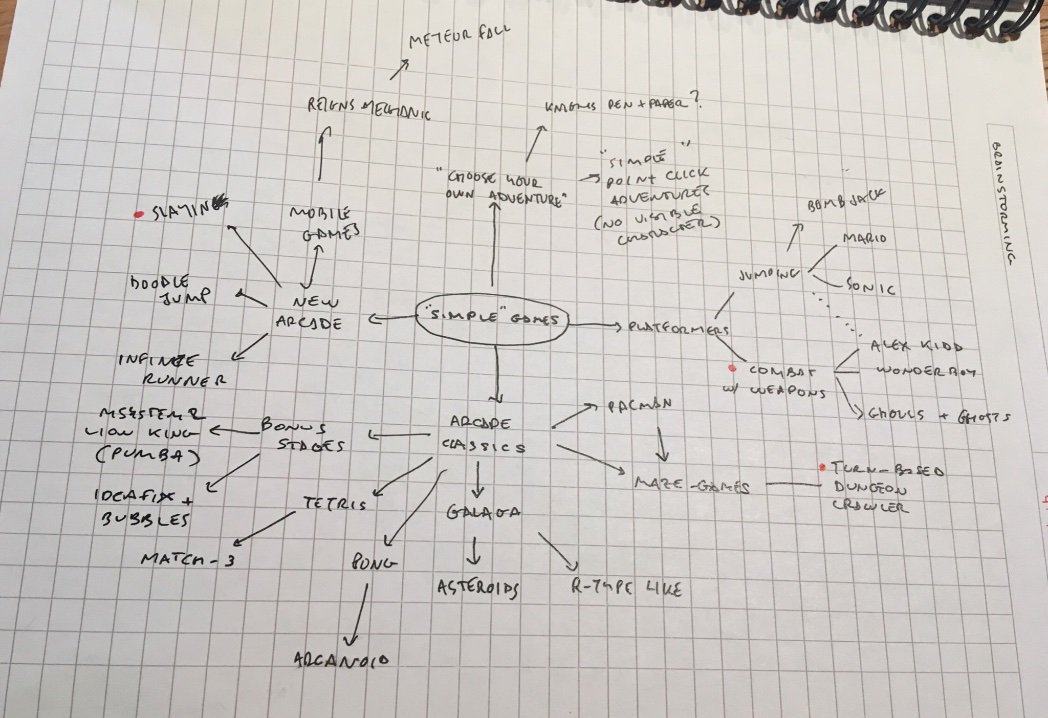 Of all those games, I went for a combat platformer, like Wonder Boy or Ghouls 'n Ghosts. To clarify the scope, I listed the features I could include, and then marked which were MVP. I use the mind map tool again for this, and grayed out features I considered optional: 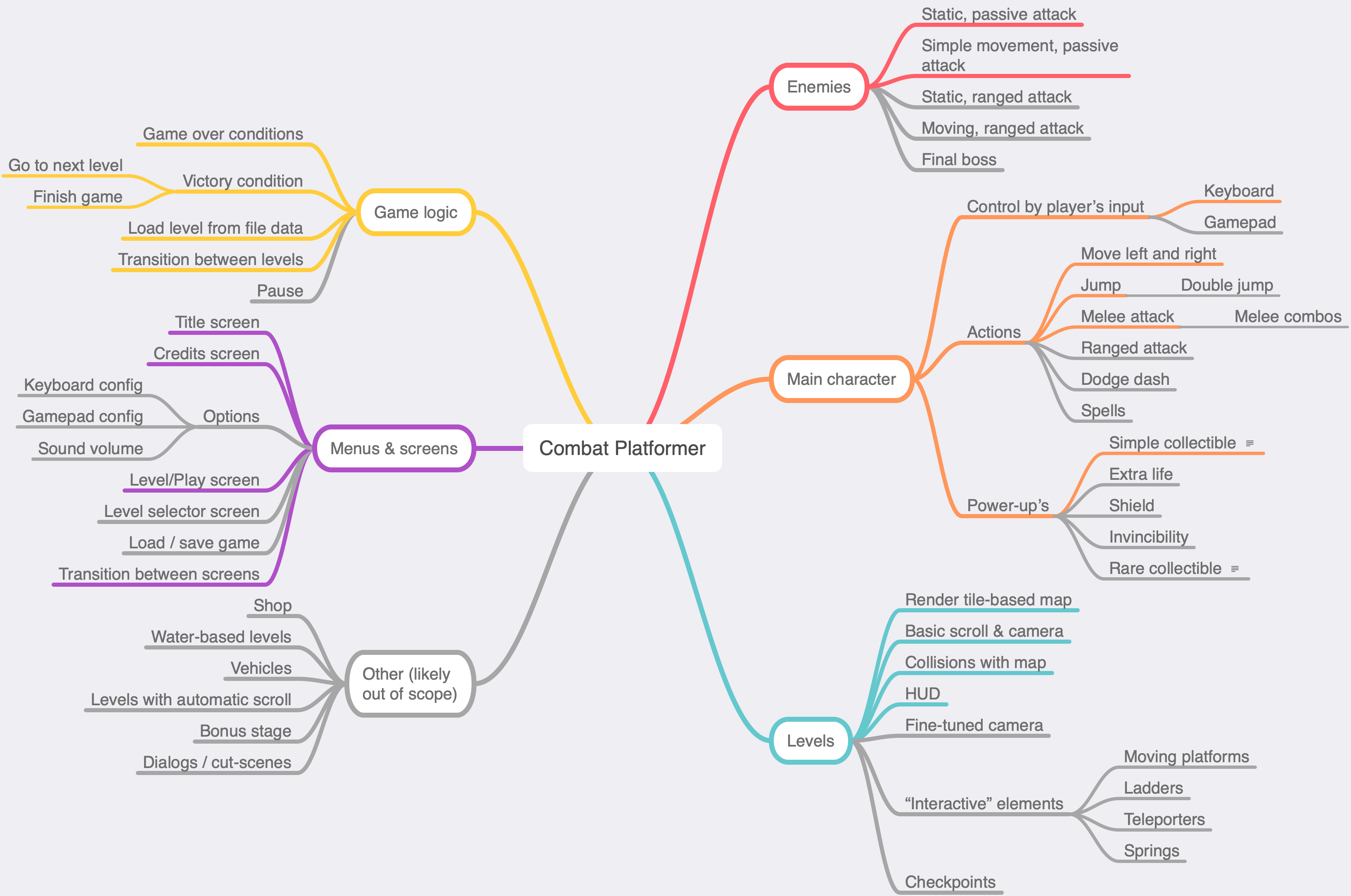 Once I got the genre, which theme would my game have? I went to itch.io for inspiration, and found really cool assets for a ninja game. However, as part of this challenge, I want to make the art and the music for the games, too, so I kept on looking for a style simple enough I could use with a ninja theme. And I found this creator, 0x72, with a very cool character generator which its resulting sprisheets are licensed with CC0 (i.e. Public Domain).

I loved the characters, and since they are in the public domain, I figured out I would use the body shape as a base for the characters of my game. I opened up my pixel art editor (I use Pyxel Edit), and drew a mockup: 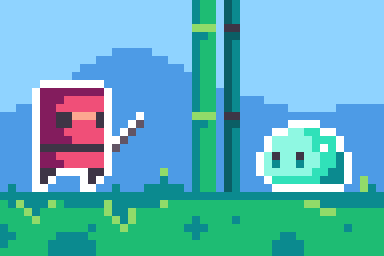 I think it's viable, so the next steps would be to start coding the main features with placeholder art. Let's go!